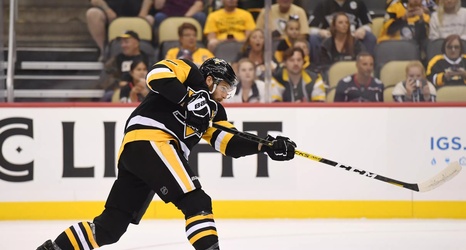 It is only a couple of weeks of training camps and two preseason games but we have some actual hockey to talk about.

So naturally we are going to make some early knee-jerk reactions to what we have seen and take our first look at the Penguins’ stock report to see whose stock is up and whose stock is down.

It is a promising start for the Penguins’ new-look second line, while a problematic defense pairing from a year ago did not exactly do well in its first showing this preseason.

Alex Galchenyuk and Evgeni Malkin — This is probably going to be the duo that drives the second line this season and they are off to a really promising start in training camp and the preseason.