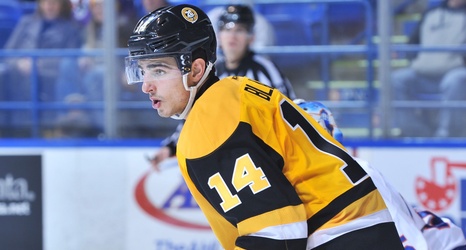 It looks as if the Penguins expect Evgeni Malkin to return to their lineup when the Los Angeles Kings visit PPG Paints Arena Saturday night.

They've returned forward Joseph Blandisi to their farm club in Wilkes-Barre/Scranton, about a day after they summoned him when it was determined that Malkin would be too ill to play in what became a 1-0 overtime victory against the Blue Jackets Thursday night.

Blandisi logged nine minutes, four seconds of ice time in that game, recording one shot and one blocked shot.

Malkin is the Penguins' No.