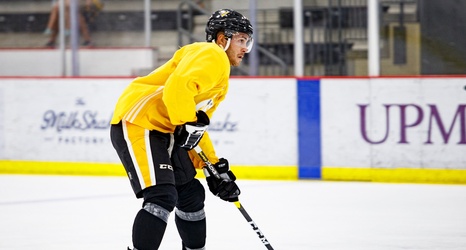 The three were previously assigned to Wilkes-Barre on Sunday, at the start of the Penguins' holiday break. As I explained at the time, that reassignment wasn't necessarily an indication of anyone coming back from injury, and it was likely just a move to prevent them from needlessly accumulating days on an NHL active roster that could impact their waiver status down the line. A player can spend up to 30 days (or 10 games played, whichever comes first) on an NHL roster after clearing waivers once during the season before they would need to clear waivers a second time.