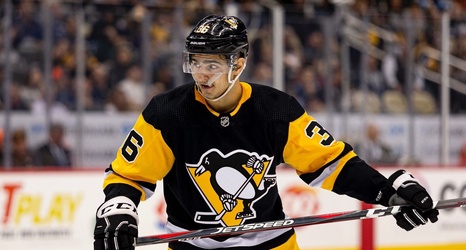 The Penguins put Joseph Blandisi on waivers at noon on Wednesday.

Blandisi will remain on waivers for 24 hours. If no teams put in a claim, the Penguins can assign him to Wilkes-Barre/Scranton, but they don't have to. Clearing waivers would reset Blandisi's games-played and days-on-the-roster counters and allow him to play up to another 10 games or 30 days without needing further waivers.

If Blandisi is claimed, the acquiring team is expected to keep him in the NHL for the remainder of the season. Otherwise, he would have to go on waivers again and other teams could put in a claim.