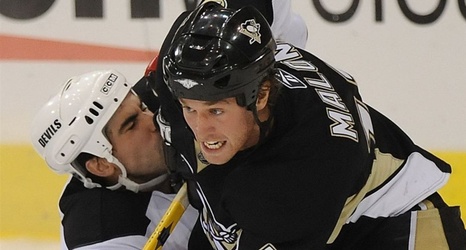 Maybe it’s the fact that the Penguins have invited hulking Brian Boyle to training camp. But it got me to thinking about black-and-gold power forwards from the past.

You could argue that Jaromir Jagr is the greatest power forward in the history of the franchise and you wouldn’t be wrong. Likewise, Mario Lemieux and Sidney Crosby had/have power elements in their respective games. But for the purpose of this article, I’m looking for more of the traditional Gordie Howe Hat Trick type of power forward. Guys who could hit and score and…if the situation called for it…fight.