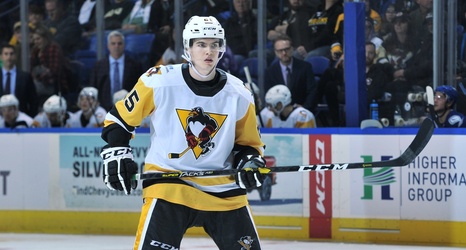 The NHL Network will be airing 20 American Hockey League games this season, the AHL announced on Wednesday.

The Wilkes-Barre/Scranton Penguins will have a nationally televised game once, a 7 p.m. meeting with the Lehigh Valley Phantoms on the road on Nov. 6.

The team with the most nationally televised games is the Toronto Marlies, who will have eight games on the NHL Network this season.

The AHL All Star Classic events, including a skills challenge on Jan. 26 and the game on Jan 27., held in Ontario, Calif., will also be aired on the NHL Network.