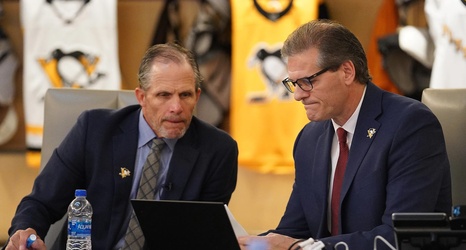 As we shift into off-season mode, the Penguins have no shortage of drama and storylines to track for next season. Several key decisions and negotiations will have to reach a conclusion with key players by free agency.

There’s also the matter of the NHL draft. Draft spots are set partially from where teams get eliminated in the playoffs, which means until last night’s results some of the picks weren’t known.

Pittsburgh will have the 21st pick in this year’s draft.

The Pens do not have a second round pick (traded to Anaheim for Rickard Rakell) or a third round pick (part of the 2021 trade to bring Jeff Carter to Pittsburgh).