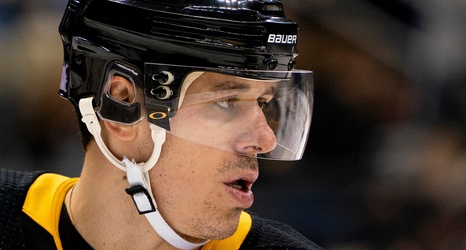 Evgeni Malkin will not play in the Penguins' game against the Kings on Saturday night at PPG Paints Arena, Mike Sullivan announced at his pregame media availability.

Malkin missed Thursday's game with an illness, and did not practice Friday. After Friday's practice, Sullivan said Malkin was "feeling a lot better" and was held out of practice to recover and get food in his system, and stay away from the Penguins' healthy players.

Joseph Blandisi will play his fourth game in as many days after he was recalled from Wilkes-Barre/Scranton this morning.