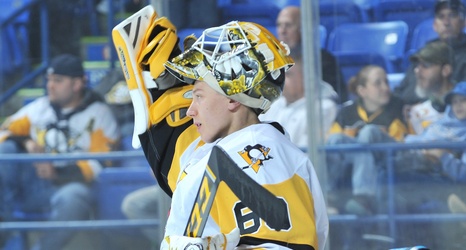 Last season, Tristan Jarry added his name to the history books when he became the first goaltender in Wilkes-Barre/Scranton Penguins team history to score a goal:

Don't be too surprised if Emil Larmi this season becomes the second goaltender to do so.

Over the summer, Larmi attempted to score into an empty net twice in the championship game of the Penguins' development camp tournament. When I asked him about the attempts afterward, he seemed pretty determined to score.