Kopitar: Drozg ‘going to have a good career’ 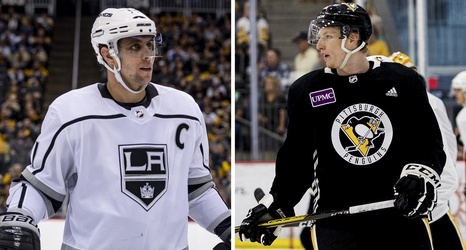 The Kings' annual trip to Pittsburgh last season fell the day after Slovenian Penguins prospect Jan Drozg led Slovenia to a World Junior Championship win in the Division-1 B tournament, finishing with four goals and eight assists in five games.

After the Kings' morning skate on that day last December, I waited out Anze Kopitar -- the only Slovenian player to ever be drafted higher than Drozg's fifth-round selection in 2017 -- and spoke one-on-one with him about Drozg's development. Kopitar called Drozg "one of the leaders and one of the best players on the (junior) team.