Joseph ‘made more progress than anyone’ with his strength 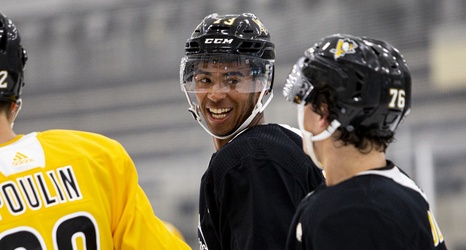 Without a doubt, the Penguins' best defense prospect is Pierre-Olivier Joseph.

And without a doubt, the first weakness most people will mention when talking about Joseph's game is his size.

Joseph, listed at 6-foot-3, 175 pounds in September's training camp, is slender. That's been the case throughout his career, before he made his professional debut this season in Wilkes-Barre/Scranton. His head coach and general manager in the QMJHL, Jim Hulton, once joked that any time he saw Joseph, he would have "three or four peanut butter and jelly sandwiches in his hand.