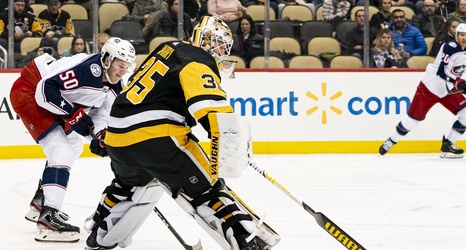 Tristan Jarry has been on an unreal run lately.

It's more than the saves, though. One of Jarry's greatest strengths, at least throughout his professional career, has been his ability to play the puck. That was on display in the Penguins' 1-0 overtime win over the Blue Jackets on Thursday.

One of the big standout moments in that area here came late in the third period.