Former WBS D-man to be on American Ninja Warrior 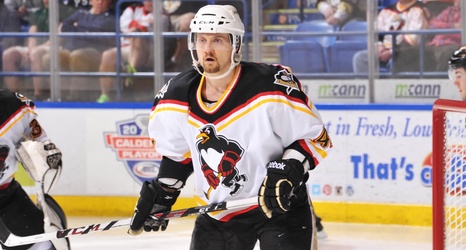 Former Wilkes-Barre/Scranton defenseman Barry Goers will compete on the upcoming season of "American Ninja Warrior" on NBC, it was announced on Wednesday.

Goers, 34, joined the Penguins' organization in 2013-14 on an ECHL contract with the Nailers and earned an AHL deal midseason with Wilkes-Barre. He spent the next three full seasons in Wilkes-Barre before retiring in 2017-18 as a member of the Rochester Americans.

A shutdown defenseman, Goers recorded seven goals and 23 assists in 127 games with Wilkes-Barre in his four years with the team.

One of the biggest goals of Goers' career came in Feb.