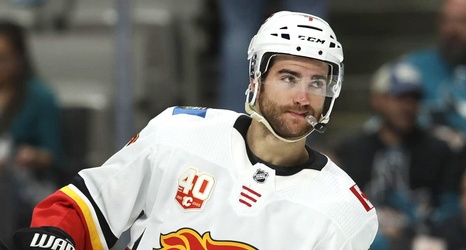 Flames defenseman T.J. Brodie will be a game-time decision on Monday evening at PPG Paints Arena.

Brodie, 29, collapsed and began convulsing on the ice during the Flames' practice on Nov. 14. He began skating on his own several days ago, and rejoined the Flames for a light practice on Sunday in Pittsburgh.

In Monday's morning skate, Brodie skated alongside Mark Giordano on the top pairing, and led the team in a post-skate stretch afterward, signs that he'll likely be in the lineup tonight.

"I felt good out there," Brodie said after the skate.