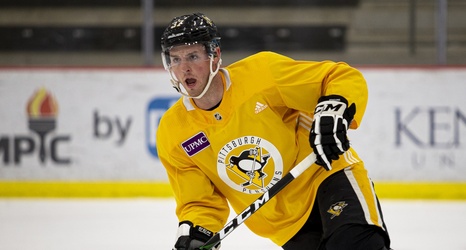 BUFFALO, N.Y. -- There's every reason to believe that Sam Lafferty will be getting work in the NHL in the not-terribly distant future.

And several reasons to question whether he will enter the league at his position of choice.

Lafferty, you see, is a center with the Penguins' American Hockey League affiliate in Wilkes-Barre, and the parent club's roster is loaded with guys who play that position. And do it pretty well.

The Penguins have Sidney Crosby and Evgeni Malkin on their top two lines, with Nick Bjugstad and Teddy Blueger projected into the middle of the two units below them.