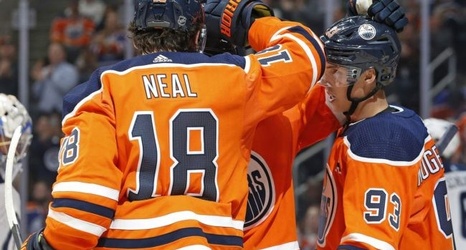 Here’s a peek at how former Penguins are faring around the league as we approach the holidays. Stats are updated through games played as of December 13.

The Blues’ David Perron leads the pack in assists (18) and points (30), followed by Edmonton’s James Neal. “Nealer,” who cooled after a red-hot start, paces the ex-Pens with 15 goals, three ahead of Perron and Nashville’s Nick Bonino. Ten of Neal’s goals have come on the power play, second-best in the league.

Following a slow start, Phil Kessel has seven goals and 19 points for Arizona.