Everything we know about the NFL's joint collusion grievance settlement with Colin Kaepernick, Eric Reid 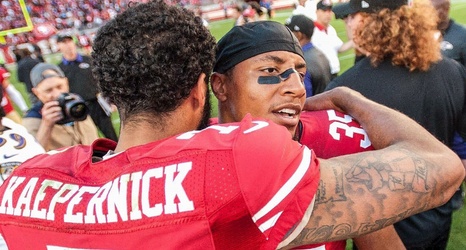 The announcement came Friday, seemingly out of nowhere. The NFL, Colin Kaepernick and Eric Reid have settled their joint collusion grievance, ending with little fanfare a case that has transcended the sport into the cultural debates of the country. Let's read between the lines into what we know, what we think we know -- and what we might never know.

What exactly were Kaepernick and Reid claiming?

Kaepernick first filed the grievance in October 2017, saying that NFL teams were in violation of the anti-collusion clause of the collective bargaining agreement (CBA).