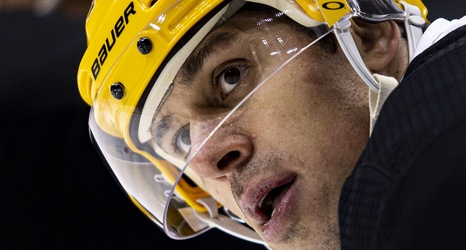 CRANBERRY, Pa. -- Remember the days when the Steelers had a franchise quarterback and a bounty of capable ones who didn't figure to do anything more strenuous this season than carry a clipboard?

Which is a lot like the time the Penguins had two healthy franchise centers and a depth chart teeming with guys who play the position and could ably fill in if ever called upon.

Well, some of the guys the Penguins believe can be effective at center will get a chance to prove it, now that Evgeni Malkin and Nick Bjugstad, their second- and third-line centers through the early days of the 2019-20 season, will be sidelined for extended periods because of unspecified "lower-body" injuries sustained during a 7-2 victory against the Blue Jackets Saturday.