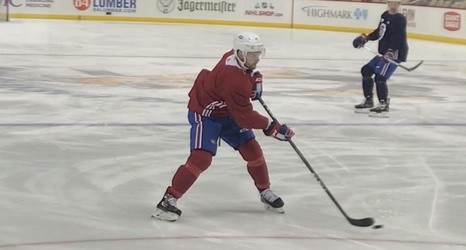 Riley Barber has played just three games in the National Hockey League, so it's no surprise that he never has faced the Penguins.

But he was a self-described "really big fan" of the Penguins while growing up in Washington, Pa., and was selected by Washington in the sixth round of the 2012 NHL draft, which was held at PPG Paints Arena.

Despite all of that, however, Barber said after the Canadiens' game-day skate today that it was the first time he has been in the building, that "the only building I've been in was the old Igloo.