Can Penguins start taking advantage when they have extra man? 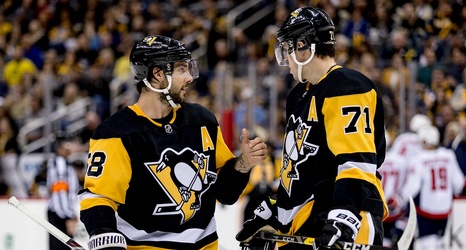 CRANBERRY, Pa. -- You know how the Penguins have struggled to score on the power play for most of this season?

Turns out there's a pretty obvious answer to that problem, as they discovered late in their 5-3 victory at Detroit Saturday night.

All the Penguins have to do is get their opponents to play without a goaltender.

It certainly worked against the Red Wings who, facing a 4-3 deficit with the third period winding down, replaced goalie Jonathan Bernier with an extra attacker, even though they had been caught with too many men on the ice at 18:14.