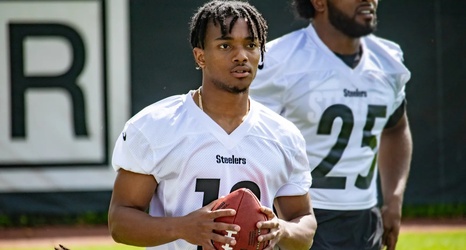 Calvin Austin III might look up to the majority of his new Steelers teammates, but that's nothing new for the diminutive wide receiver.

At 5-foot-8, 170 pounds, he's always been smaller than the players he is competing against and with.

It has not, however, held him back -- except when it comes to perception.

Austin has been fighting stereotypes his entire life. From the time he was a starting varsity player as a 5-foot-4, 130-pound freshman cornerback to the NFL Draft, Austin has been proving people wrong.

The Steelers' fourth-round draft pick can't wait to do it again.