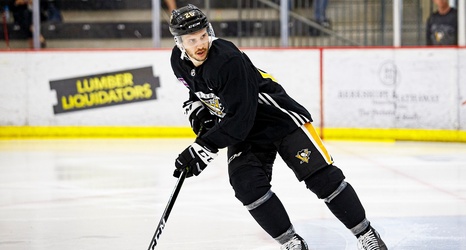 In a corresponding move, forward Thomas Di Pauli has been re-assigned to Wilkes-Barre.

Agozzino, 29, is Wilkes-Barre's All-Star this season and leading scorer with 14 goals and 17 assists in 35 games. Agozzino played one brief, brief stint in Pittsburgh this season on an emergency recall in October against the Ducks. His line got scored on after just 1:44 of ice time, and that was the end of their night. They didn’t play another shift.