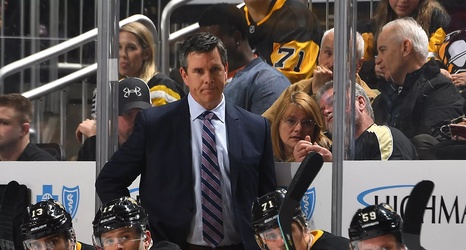 Thought about this the other day when former Penguin Stanley Cup foe Peter DeBoer got the boot out in San Jose — isn’t Mike Sullivan up there now all of a sudden in the coaching longevity?

And he is! Only five coaches (Jon Cooper, Paul Maurice, Peter Laviolette, Jeff Blashill, John Tortorella) have been head coach with their respective teams longer than Sullivan has been with the Penguins. And yesterday, December 12th, marked the fourth anniversary of Sullivan getting promoted from Wilkes-Barre to take over the NHL Pens.

To say there was skepticism about Sullivan would be an under-statement.