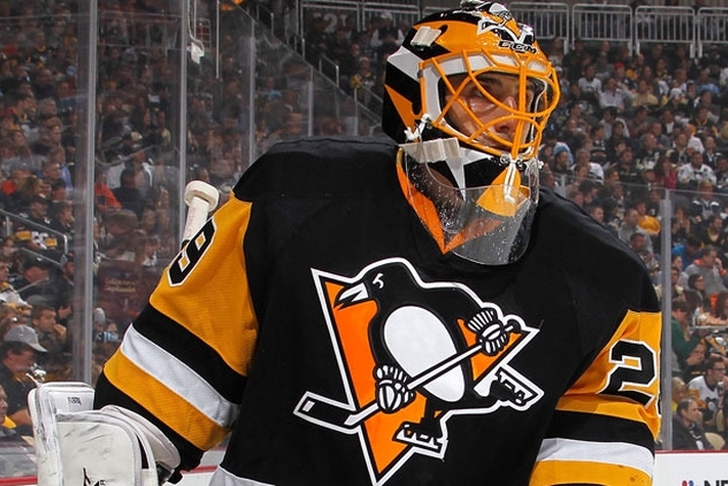 The Pittsburgh Penguins are nearly to the regular-season finish line, and they couldn't be any hotter heading into the 2016 NHL playoffs. The team has won eight straight heading into Saturday's finale with the Philadelpia Flyers, and will ride their momentum into the fight round against one of the New York teams (either the Islanders or Rangers).

Read on for the best and latest Penguins news and rumors.

Marc-Andre Fleury making progress
Updates on the Penguins' starting goalie have been few and far between since he suffered an apparent concussion on March 31. Head coach Mike Sullivan did let on that Fleury is making "significant progress," which could mean he returns in time for Game 1 of the playoffs. Rookie Matt Murray continues to play well in his absence, winning all four games he's started since the veteran went down.

Going back to Pittsburgh gold?
Though the Penguins are staying tight-lipped about any potential uniform changes, there are some signs around the city that the Vegas gold might finally give way to the more popular Mario Lemieux-era design. Pittsburgh's 50th anniversary logo revealed earlier this year had the original black and yellow, and local vendors are even discounting their Vegas gold merchandise up to 50 percent.

Stanley Cup favorites
You know you're going good when the top opposition's local newspaper pegs you as the favorite to win it all. That's exactly what the Washington Post did after the Penguins took down the Capitals in a 4-3 overtime victory on Thursday, using a variety of advanced stats to make their case. Sidney Crosby was the hero in that match, finding the back of the net four minutes into OT.

Follow our Pittsburgh Penguins news page for all the latest!