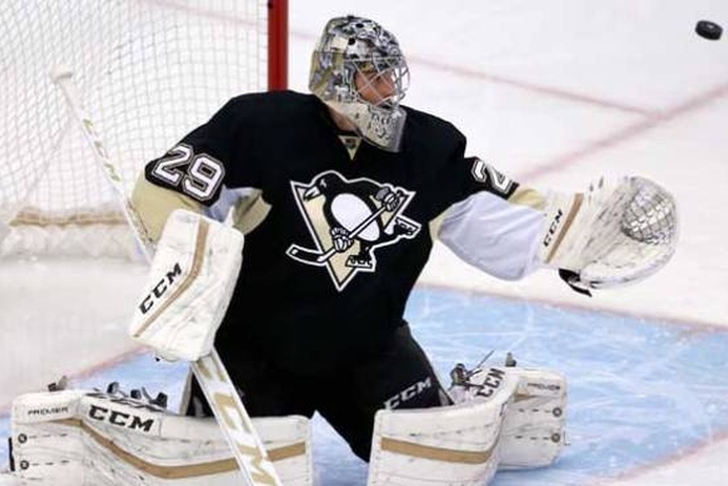 Pittsburgh Penguins head coach Mike Sullivan hasn't reported any developments with injured goalie Marc-Andre Fleury in his recovery from a concussion, but that isn't necessarily a bad thing.

The Penguins are playing as well as any team in the NHL right now, and with a playoff spot locked up, they could sit him out of their final three regular season games. Via CBS Sports:

While the Penguins haven't announced such an arrangement, the team has already carved out a spot in the playoffs and can afford to hold Fleury out for the three games remaining on the regular-season schedule. Unfortunately, Fleury's injury puts fantasy owners in a really bad spot as the last thing poolies want to worry about is a potential goose egg at the goalie slot. If fellow Penguins backstop Matt Murray is available, consider scooping him up as extra insurance with the Flower's status in limbo.

Fleury suffered the concussion late last week. It is the second concussion he has suffered this season, the first of which caused him to miss eight games in December.