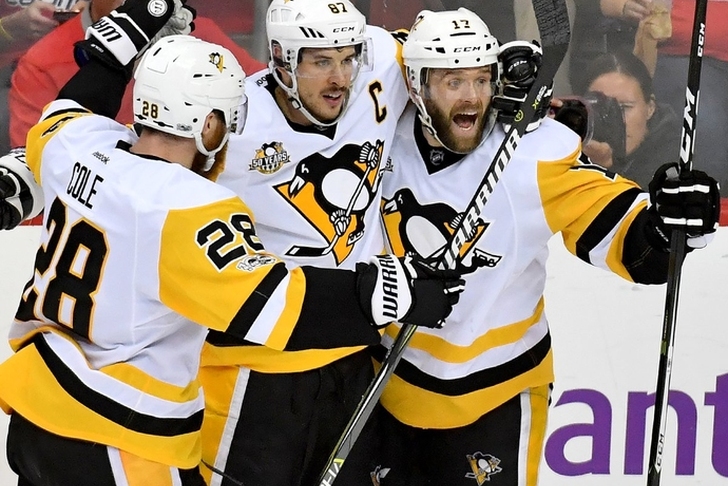 The Pittsburgh Penguins avoided becoming latest team to blow a 3-1 lead by defeating the Washington Capitals 2-0 in Game 7 Wednesday night. In a low-scoring game, it was Marc-Andre Fleury and Bryan Rust who played the hero roles.

Fleury made several incredible saves throughout the evening. He stopped all 29 shots he faced.

Marc-Andre Fleury stood strong in net in the first period for the #penguins pic.twitter.com/ka7ArT8DSm

It took until near the halfway point of the game to get a goal, but Bryan Rust delivered with a top-shelf beauty. Jake Guentzel and Sidney Crosby provided the assists.

The #penguins strike first in #Game7! It took nearly half the game, but a Bryan Rust goal puts Pittsburgh up 1-0! #nhlplayoffs pic.twitter.com/huqz1DfX5M

Patric Hornqvist made it 2-0 in the third, off a backhanded goal.

Braden Holtby saved 26 of the 28 shots he faced. He spent nearly all of the final two minutes of the game out of the net as the Wizards tried to make a furious comeback with an extra attacker.

The Penguins will face the Ottawa Senators in the Eastern Conference Finals.