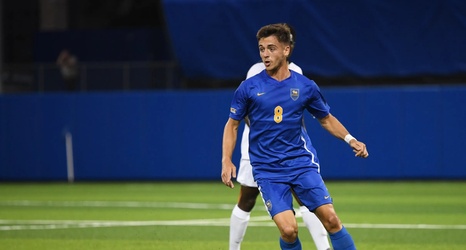 The Pitt men’s soccer team entered the 2020 season with an offensive attack that was viewed as capable but inconsistent, as it had been shut out five times in 2019. And the heart of that unit was lost when star forward Edward Kizza left the program. But in Kizza's wake, Valentin Noel emerged as a new leader for Pitt, and his efforts not only helped transform the team into a national power but also earned him ACC Offensive Player of the Year honors.

In his sophomore season, the French midfielder took a leap forward in terms of production, as he followed up a three-goal, three-assist showing in an 18-game 2019 campaign with 11 goals and two assists in just 14 contests in 2020 and 2021.