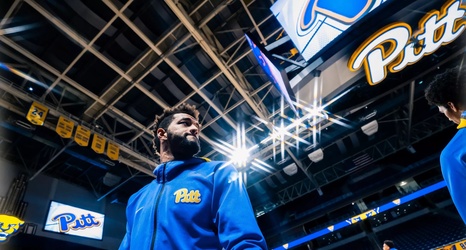 Pitt center Terrell Brown was honored on Senior Night and played his final game in blue and gold in the ACC tournament last Tuesday, and many thought that would mark the end of his collegiate career. But on Tuesday, he entered the transfer portal, signaling his intent to move on and play as a graduate transfer.

The 6’10”, 235-pound center has been with Pitt since 2017, when he became one of seven recruits to accept an offer to play for the ailing program under Kevin Stallings. Brown would be the only member of the seven-man class to stay at Pitt for four years, as Marcus Carr and Parker Stewart transferred after Stallings was fired, and Samson George, Peace Ilegomah and Shamiel Stevenson left to pursue larger roles elsewhere.