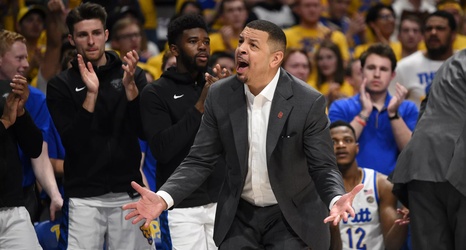 Pitt traveled to Syracuse for a road ACC matchup today and after a big comeback, ultimately lost, 69-61.

In the first half, Pitt (13-7) scored only nine points through the first 13+ minutes against Syracuse (13-7). But as we’ve seen at other times, Pitt showed the ability to fight their way back. The Panthers were shooting 17% at one point late in the first half and I have to imagine a lot fans checked out of this one early. But they fought back and cut a 19-point deficit to a much more manageable 11-point one at the half.