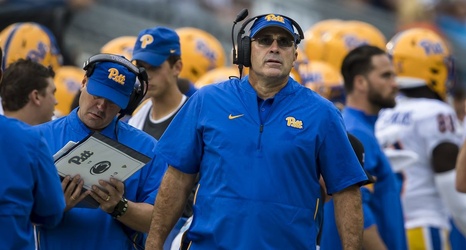 Pittsburgh's Pat Narduzzi will not be leaving Pitt for Michigan State.

The head coach made that notion abundantly clear on Wednesday evening, tweeting out a doctored clip from The Wolf of Wall Street to thoroughly drive home his point:

A former defensive coordinator under Mark Dantonio, Narduzzi is 36-29 at Pitt since taking over the program in 2015 and fresh off an 8-5 season with a Quick Lane Bowl victory over Eastern Michigan. The coach had been linked to the MSU job in the wake of Dantonio's retirement on Tuesday.