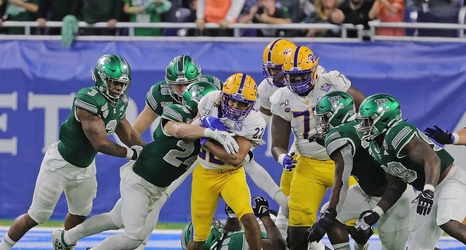 Pitt’s 34-30 win over Eastern Michigan in the Quick Lane Bowl on Thursday night saw players like Maurice Ffrench, Taysir Mack and Kenny Pickett distinguish themselves before a national audience with standout performances. Each player was pivotal to the victory and was recognized one way or another, as Ffrench set a record, Mack made the SportsCenter Top 10 and Pickett won MVP honors.

However, there were a handful of Pitt players who played key roles in the win and went largely unnoticed and unheralded. The following are three such players who are deserving of a nod for their contributions to Pitt's first bowl win since 2013.