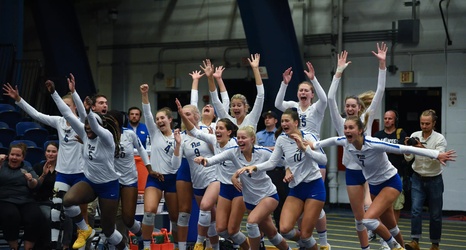 The sixth-ranked Pitt volleyball team traveled to University Park on Friday night and swept a Penn State team ranked fourth in the nation in three sets. Pitt won the first set 25-17, the second 25-21 and the third 25-23 to remain undefeated and improve to 11-0 on the season. In the process, the Panthers also made history.

Pitt’s victory over Penn State marked the first time Penn State was swept at home by a non-conference opponent in 33 years. The last team to accomplish the feat was UC Santa Barbara, which took down Penn State in three sets in 1986.