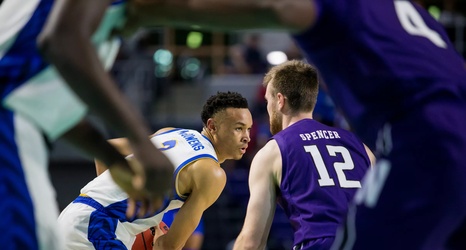 The Pitt men’s basketball team is set to get its season underway in less than a month, and while much of its schedule remains up in the air due to event cancelations and a late start to the season, one element of the schedule was clarified on Thursday, as Jon Rothstein of College Hoops Today reported that Pitt will face Northwestern on the road in the 2020 edition of the ACC-Big Ten Challenge.

The opponent will be a somewhat familiar one for Pitt, as Pitt defeated Northwestern 72-59 in the Fort Myers Tip-Off event on Nov.