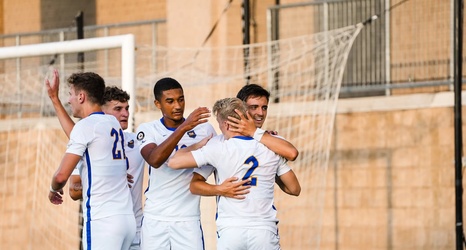 Pitt men’s soccer standouts Valentin Noel and Jasper Löeffelsend were named preseason All-Americans this week by College Soccer News. Noel earned a spot on the first team, while Löeffelsend was placed on the second team.

Noel had a breakout year as a sophomore, ranking second in the nation in goals, with 14, and third in points, with 30. Those totals were up from three goals and nine points in 2019. And as a result of the French midfielder’s uptick in play, he was named the ACC Offensive Player of the Year and earned first-team All-America honors from College Soccer News and United Soccer Coaches.