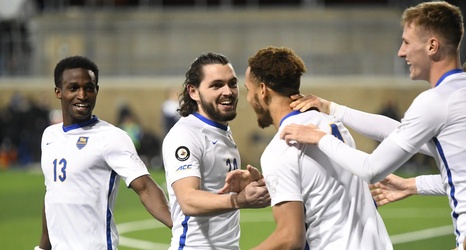 The Pitt men’s soccer team reclaimed the No. 1 spot in the United Soccer Coaches poll on Tuesday, moving up from the No. 3 ranking after notching a convincing 2-0 win over Notre Dame over the weekend. The move up marks the second time Pitt has held the top ranking in the nation, as the team earned the distinction last October and retained the ranking until losing 2-1 to Clemson in the ACC title game.