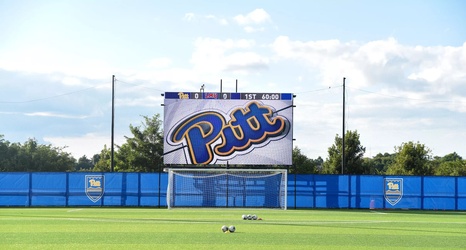 The Pitt men’s soccer team took on Delaware at Ambrose Urbanic Field on Monday night and found itself in a dogfight with a dangerous team that appeared much improved since 2018, when the Panthers bullied the Blue Hens in a 6-1 win. This time around, they found themselves in a back-and-forth affair that went into double-overtime and ended in a 3-3 draw.

Delaware got on the board first, as Blue Hens defender Timo Hummrich was fouled and successfully converted a penalty kick in the third minute. However, Delaware returned the favor, fouling Pitt and setting Panthers defender Sito Sena up with a penalty kick that he drove into the back of the net to level the score at 1-1 in the 22nd minute.