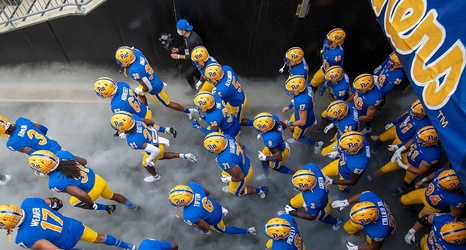 Paul Hutson III, a promising defensive tackle out of IMG Academy in Bradenton, Florida, released his top eight on Thursday, and Pitt made his list of finalists along with Buffalo, Coastal Carolina, Liberty, Maryland, Old Dominion, Toledo and Virginia Tech.

The 6’1”, 290-pound defensive lineman hails from Norfolk, Virginia, and played for Maury High School before transferring to IMG Academy in 2020. Hutson holds a four-star rating from ESPN as well as a spot in the ESPN 300 for 2022. But Rivals and 247Sports both consider him a three-star recruit.

Hutson chose his eight finalists from an offer sheet with 12 programs represented.