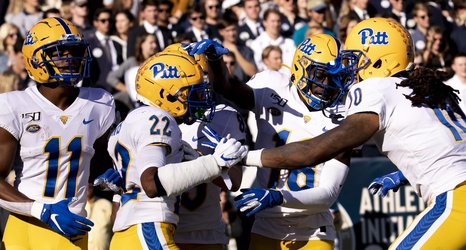 Pat Narduzzi and the Pitt coaching staff secured a national signing day pledge from a coveted recruit, as Rashad Battle, a cornerback out of Creekside High School in Fairburn, Georgia, announced his commitment to the program on Wednesday at his school. Battle was previously committed to Maryland but reopened his recruitment in November.

The 6’3”, 185-pound cornerback holds three-star ratings from 247Sports and ESPN, but Rivals considers him a four-star recruit. Over the course of his recruitment, Battle drew 31 offers, 21 of which came from Power Five programs. Some of the most notable programs to offer Battle included Baylor, Georgia Tech, Iowa, Louisville, Minnesota, Ole Miss, Wake Forest and West Virginia.