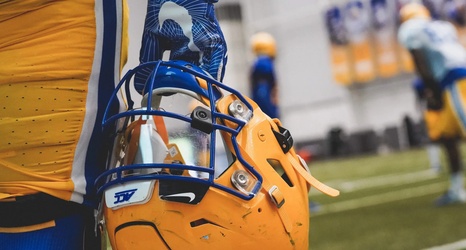 Pitt landed its sixth recruit of the 2022 class on Monday afternoon, as Jimmy Scott, a defensive end from the Buffalo, New York, area, committed to the program following a visit to the school and its facilities over the weekend. Scott was previously committed to Tennessee but reopened his recruitment in January.

"I want to give a huge thank you to Coach Narduzzi, Coach Partridge and the staff for believing in me throughout this process," Scott said in a message posted on Twitter. "With that being said, I am proud to announce that I will be committing to the University of Pittsburgh.