No. 6 Pitt volleyball sweeps No. 4 Penn St on the road to remain unbeaten 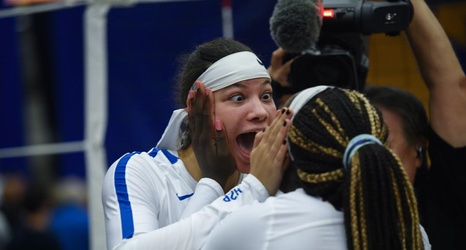 Coming into tonight, there were obvious questions about whether Pitt or Penn State had the better team. That tends to happen when you’ve got two teams ranked in the top six in the nation.

But after a sweep by the Panthers over the Nittany Lions, there were no questions left to be asked.

Pitt took the first set in dominant fashion, easily winning 25-17. The second was closer, but the Panthers still managed a 25-21 win. And while Penn State rallied at the end of the third, Pitt won that one as well, 25-23. The Panthers remain unbeaten at 11-0 while Penn State falls to 6-2.