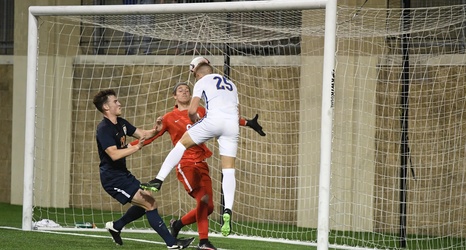 The Pitt men’s soccer team hosted Virginia at Ambrose Urbanic Field on Thursday night in its regular-season finale, and the Panthers entered the matchup ranked as the No. 1 team in the nation. They would justify that distinction and earn another, as they routed the Cavaliers 5-0 and won their first ACC Coastal title.

Pitt wasted no time getting to work, as Alexander Dexter opened up the scoring three minutes into the game. The Brooklyn native capitalized on a Veljko Petkovic corner kick that Raphael Crivello headed into the box. Dexter then redirected the pass and found the back of the net for an early 1-0 advantage.