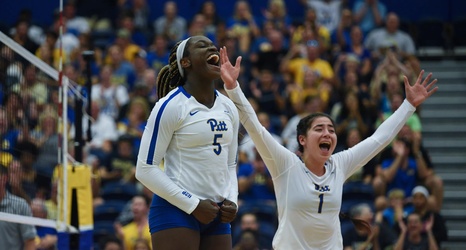 The Pitt volleyball team faced Penn State twice over the weekend, splitting the series and winning five of eight sets against its in-state rival. The series served as a showcase of some of the top talent in the nation, and two Pitt players were singled out for ACC Player of the Week and Freshman of the Week honors following the two-match series on Monday.

capped a pretty solid weekend with some well-deserved @ACCVolleyball awards!

congrats to the (twitterless) chinaza ndee and lexis akeo!