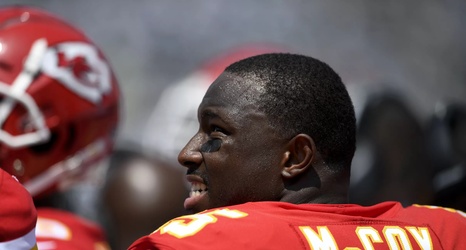 Kansas City Chiefs running back and Pitt alum LeSean McCoy is likely to be listed as inactive for Super Bowl LIV, according to Ian Rapoport of the NFL Network. McCoy has not suffered an injury and would be a healthy scratch, as he was in the AFC Championship Game. He also recorded no touches against the Houston Texans in the divisional round of the playoffs.

One storyline to watch for Super Bowl LIV: Sounds like #Chiefs RB LeSean McCoy may be inactive tomorrow, sources say. That’s the way it’s heading at this point. Two RBs would be active, but KC would use the spot to add depth on the D-line or another key area.