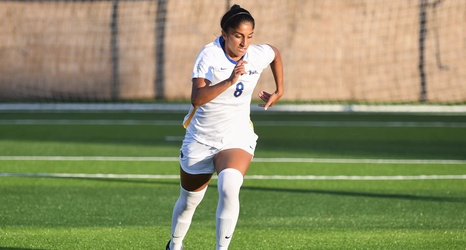 Pitt women’s soccer coach Randy Waldrum got excellent performances out of Amanda West, the team’s breakout star of 2019, as well as Albany transfer Leah Pais, who looks poised to post a breakout campaign of her own in 2020, during the Panthers’ trip to North Carolina to face Appalachian State. And as a result, the two rising stars were recognized by Top Drawer Soccer as members of its Team of the Week.

The two Toronto-area natives scored five goals in the Panthers’ two-game series with the Mountaineers, during which the team as a whole outscored the hosts 11-1.