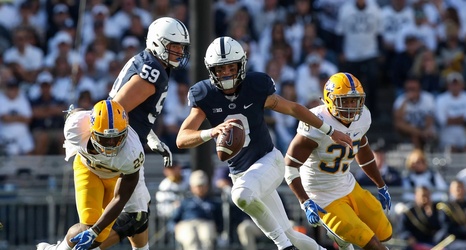 The latest iteration of the Pitt football team is fresh off a win against Ohio but now will face one of its toughest tests of the season with a game this weekend against Top 15 ranked Penn State.

The game is, of course, the latest installment in the long rivalry that has been interrupted, started again, and soon to be discontinued yet again. And unlike the last time the series ended, Pitt will face a much stiffer challenge in trying to win the final game.

The Panthers enter the game as a heavy underdog with Penn State favored by 17 points as of Sunday night.