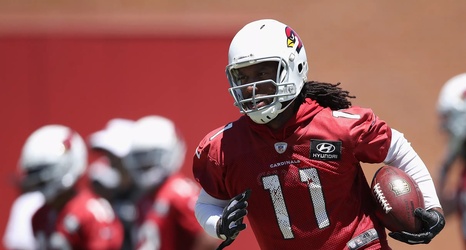 Arizona Cardinals wide receiver and Pitt great Larry Fitzgerald is preparing for his 16th NFL season, and he remains highly regarded by those around the league, as he was ranked 60th in the NFL Top 100, an annual listing of the league's top players, on Friday night.

”[He is a] legend, someone I watched since the Pittsburgh days,” Los Angeles Rams wide receiver Robert Woods said of Fitzgerald in an NFL Network interview. “He’s one of those players who just pays attention, really loves the game [and] really loves the players."

Fitzgerald logged 1,000 or more receiving yards in three of the past four seasons but saw a downtick in 2018, as the Cardinals — and their receiving corps, in particular — adjusted to life without quarterback Carson Palmer under center and head coach Bruce Arians on the sidelines.