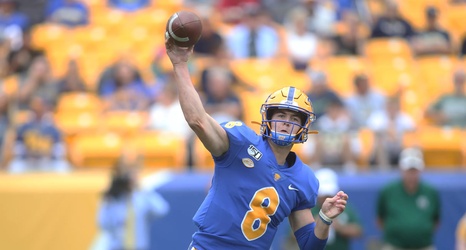 Pitt earned its first win of the 2019 season on Saturday, as it defeated Ohio 20-10 at Heinz Field, and a key contributor to the winning effort was Panthers quarterback Kenny Pickett.

The junior signal-caller was coming off a shaky 2019 debut against Virginia but acquitted himself well against the Bobcats, throwing for a touchdown and a career-high 321 yards. The win also ended a four-game losing streak for Pitt that dated back to Nov. 24, 2018.

”We made some major improvements from Week 1 to Week 2,” Pitt head coach Pat Narduzzi said during his postgame press conference.