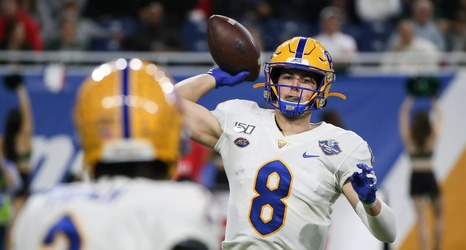 Pitt quarterback Kenny Pickett was tough to evaluate in 2019 due in part to a porous offensive line and an unreliable corps of receivers who dropped well-placed passes at a frustrating rate. However, he also suffered through his own mistakes and showed improvement as the season wore on, ultimately becoming one of just five quarterbacks in program history to pass for 3,000 yards. As a result, he settled in the middle of the pack when he was evaluated by Pro Football Focus in its recent ranking of FBS quarterbacks.

The analytics website evaluated and ranked all 130 FBS programs' signal-callers and released the resulting list on Tuesday.