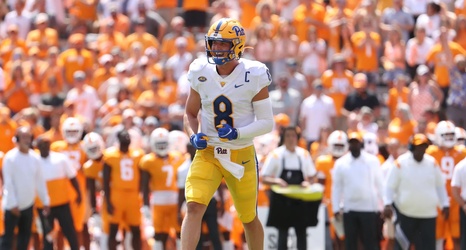 Pitt went into Knoxville on Saturday and took on Tennessee in Neyland Stadium, and the team came away with a 41-34 win. The catalyst behind the victory was Panthers quarterback Kenny Pickett, who put on a fearless performance in a hostile environment.

The super-senior signal-caller figured to play a key role in the outcome of the game, as the matchup pitted the fifth-year quarterback against a Volunteers secondary that ranked 106th in the nation in passing yards allowed in 2020, with 266 yards conceded per game. Tennessee also allowed 1.5 touchdowns through the air per game in 2020 and returned starters at all four positions in its defensive backfield, and Pickett was able to ring them up for all that and more, as he threw for 285 yards and two touchdowns in the game.