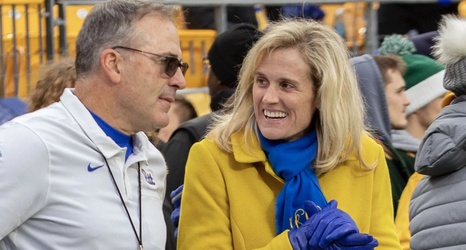 Pitt athletic director Heather Lyke revealed on Friday that she had been in contact with Michigan State regarding the school’s open athletic director position. The role has been vacant since Aug. 5, when Bill Beekman stepped down from his post at East Lansing after three years on the job, but Lyke did not sound eager to move on from Pitt when questioned about the opportunity.

“I’m very happy at Pitt,” Lyke said, according to Craig Meyer of the Pittsburgh Post-Gazette. “I’m thrilled to work for Chancellor [Patrick] Gallagher, and I expect to stay here and hope to make that arrangement work.